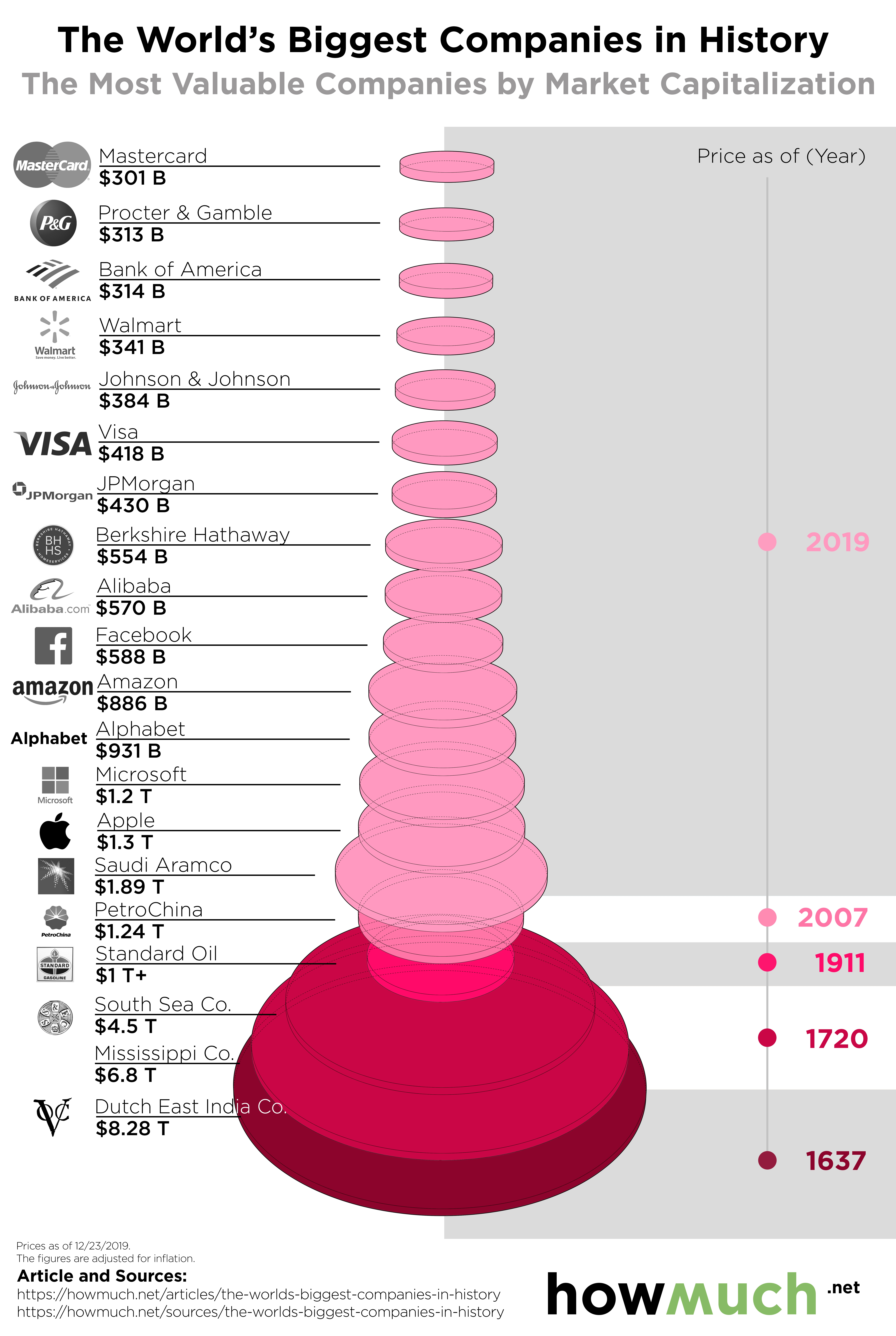 The Dutch East India Co. holds the distinction of being the first company to offer shares of its business to the public, effectively conducting the world’s first initial public offering (IPO). Interestingly, the three shipping companies on this list–the Dutch East India Co., the Mississippi Co. and the South Sea Co.–had market caps more than twice as high as today’s biggest company, Saudi Aramco. These “joint-stock companies” that sought to capitalize on trade with the New World ultimately went bankrupt before 1800. However, the Dutch East India Co. in particular ushered in a new wave of economic growth and social change similar to how industry giants in the tech field are doing today.

Another company on this list that no longer exists is John D. Rockefeller’s Standard Oil Company. The Standard Oil Company was dissolved on May 15, 1911 when the Supreme Court ruled that it was a monopoly and therefore violated the Sherman Antitrust Act. As legislators turn their attention to Big Tech and whether or not companies like Google and Amazon are also in violation of antitrust laws, it is interesting to ponder if history will repeat itself or what might turn out differently this time around.